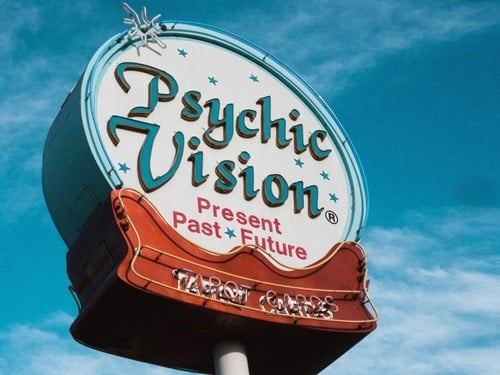 Last week, we took a look back at 2018 and analysed how the market has changed over the last 12 months, but today we're peeking into our crystal ball, to see what's to come in 2019.

It’s been another difficult year for homeowners, landlords and the UK in general, and next year is looking like it could be just as challenging. So to get a jump on things, last month we asked members to share their predictions for the buying and selling market, and the private rented sector (PRS) looking ahead to 2019.

According to our latest Housing Report results, just under half (43 per cent) of estate agents expect house prices to fall next year, as 39 per cent think supply will increase and 35 per cent believe demand will drop.

This is driven by uncertainty over Brexit, with almost half (46 per cent) of agents agreeing that a no-deal Brexit will have a negative impact on the housing market.

As homeowners put off plans to move in light of Brexit, almost two thirds (62 per cent) of estate agents think the trend of renovating rather than moving will continue in the New Year.

NAEA Propertymark Chief Executive, Mark Hayward said: “As we look ahead to 2019, there’s a fog of uncertainty. Brexit is undoubtedly fuelling a sense of apprehension in the housing market, which in turn affects sentiment. With details of the final deal still unknown, both buyers and sellers will continue to hold off on making any decisions. However, this slowdown presents a window of opportunity for first-time buyers who will find more affordable properties, granting them greater bargaining power.

“We usually see demand spike in the first few months of the year, but the landscape will probably be very different in 2019 as buyers sit on the fence and adopt a ‘wait and see’ strategy until the Brexit deal is complete.”

ARLA's most recent Private Rented Sector report revealed that two thirds (65 per cent) of letting agents think rent prices will rise next year, up from 59 per cent when agents were asked the same question last year, looking ahead to 2018.

More than half (53 per cent) think demand will continue to rise, but over three quarters (78 per cent) think the number of landlords operating in the private rented sector will decline next year, as they are driven out by rising costs. And in line with this, 67 per cent expect landlords’ taxes to rise again.

David Cox, Chief Executive of ARLA Propertymark said: “The PRS has undergone a tsunami of change over the last few years, and there are difficult times ahead with the tenant fees ban is expected to come into effect next year. With all the new legislation landlords have faced over the last few years, they have found themselves either being pushed out of the market or forced to pass rising costs on to tenants – a trend which we’ll continue to see next year.

“However, looking further ahead we firmly believe that the industry will come out stronger, more professional and better respected at the other side. The best landlords and agents will adapt and survive to the new circumstances, keeping the PRS afloat.”