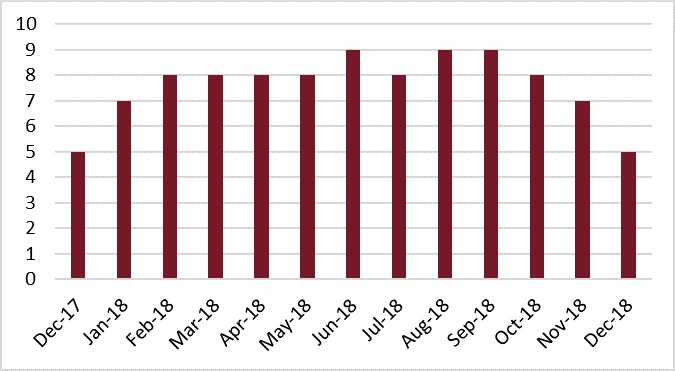 “This month’s findings prove that despite the current political climate, people still want to move. There is movement in the market with demand from house hunters up 13 per cent year-on-year, and the supply of available properties also rising. Although the number of sales agreed hit a 12-month low, this is something we always see in December, with Christmas festivities typically taking priority over any plans to buy or sell.

“While many are adopting a ‘wait and see’ strategy until there’s further clarity over what Brexit might mean for the market, there is choice for those who want to buy now, and there are people on the market looking for new homes.”