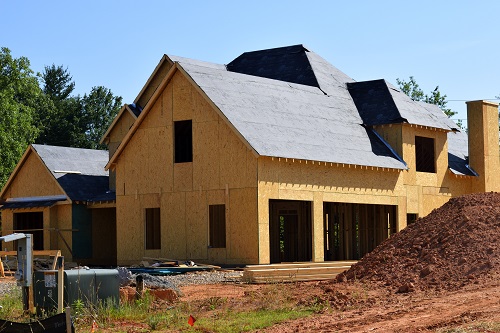 According to official statistics, over 200,00 new homes were added to the housing stock in England last year, a figure revealed shortly after Prime Minister Theresa May committed to making the housing shortage a priority and pledging to provide tens of thousands more homes in the coming years.

The Prime Minister stated that “ I have made it my mission to build the homes the country needs and take personal charge of the Government’s response.

“Today I am seeing the work now underway to put this right and in coming weeks and months my Government will be going further to ensure that we build more homes, more quickly.”

The statistics showed an overall amount of 217,350 new homes throughout the country. The majority of these homes were new builds, totalling at 183,570, and the second most common type of new home were the 37,190 commercial buildings that were converted to residential properties. England also saw 5,680 conversions between houses and flats, but the overall number of new homes was reduced slightly as 10,000 homes needed to be demolished.

While this is a step in the right direction and eases the pressure of rising demand for housing, some property experts believe that the country needs 250,000 new homes per year to tackle the current shortage of homes.

This sentiment is shared by Communities Secretary, Sajiid Javid, who believes we need to aim higher: “Steps have been made in the right direction but I want to see a giant leap, and hundreds of thousands more homes. We owe it to our future generations to fix this broken housing market and help them find a home of their own,”

Javid went on to say that “Whilst some councils are recognising their responsibilities and stepping up to meet the housing challenge, too many are still not acting. That’s why I’m stepping in now to make sure they act,”